A plethora of restaurants in Tokyo pander to any foodie. Here is a list of eateries whose tastes resonate traditional Japan closely.

If you’re a fan of seafood in particular, Japan is your haven. I would go so far as to say that it’s hard to find bad Japanese fare here. Really. Walk into any Izakaya and you will have yourself treat. The island-nation prides itself in the marination of fresh fish and the way it is presented. This is probably why a majority of restaurants here are small, so they can maintain a level of perfection. The fancier ones are tiny, some limited to ten or less seats. I would strongly recommend making a booking in advance — perhaps even months earlier for the more popular ones. 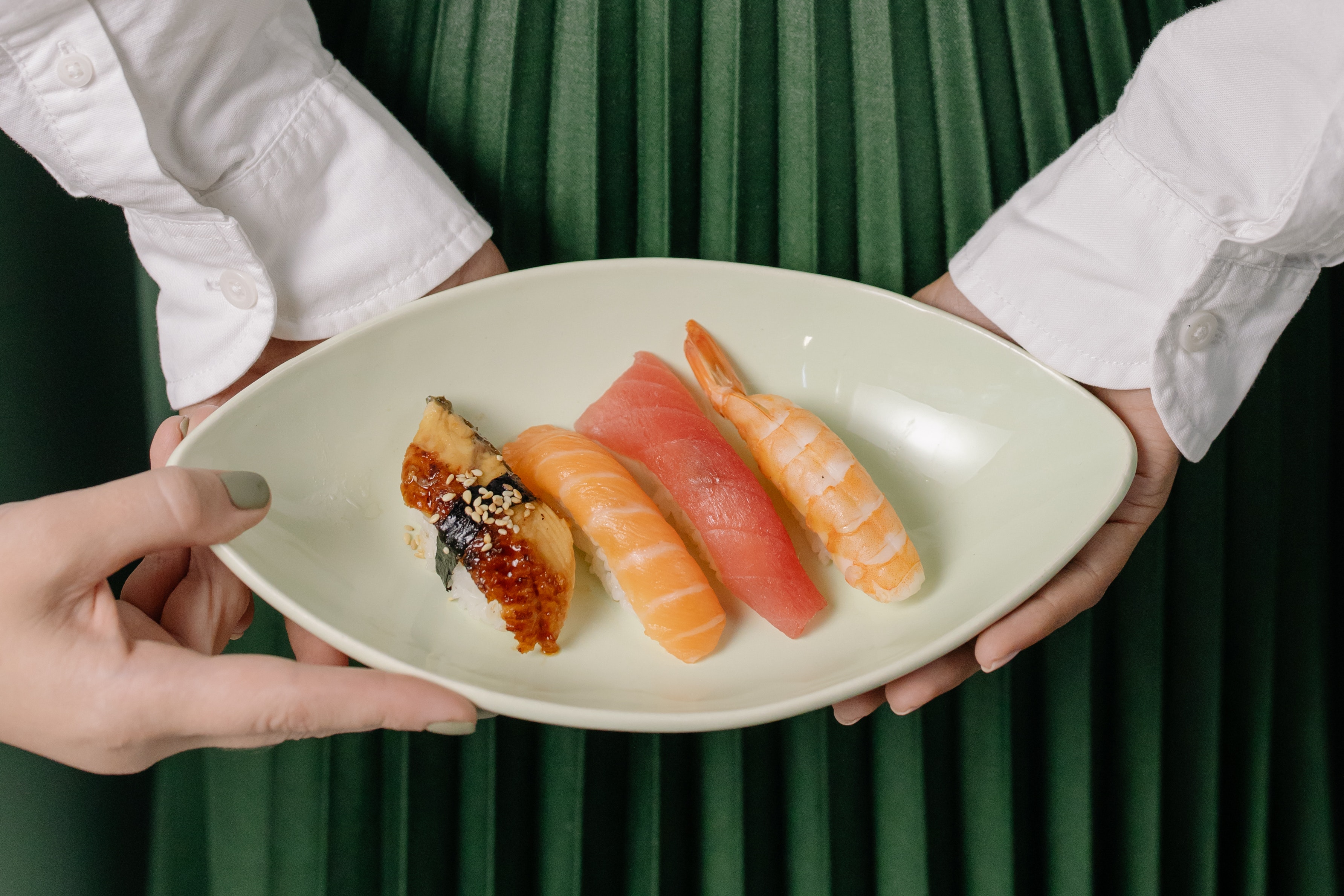 No sooner did I buy my tickets to Tokyo did I try to secure a reservation at Jiro, a three-Michelin-starred Japanese sushi restaurant. Chef Jiro Ono is regarded as the sushi master, a benchmark for his peers. Such is the craze for his food that many plan their visit based on reservation dates at his restaurant. If you haven’t already, watch Jiro Dreams of Sushi to understand what the hype is about.

While I couldn’t find a spot there during my dates, luckily I managed to book myself an early lunch at Sushi Masuda by the namesake chef who trained for many years under Jiro.

It is in the basement of one of Roppongi’s nondescript buildings. Once you’re in the lane, ask the shops there to point out the building to you. The sushi bar seats six people and the private room at the back can fit six more. I would recommend the bar because you can actually watch the chefs grate fresh wasabi, slice the fish and “shape” the dishes. Don’t expect anything lavish in terms of decor or crockery. The focus is entirely on the food.

The experience starts with your choice of beverage and a cold towel. Each course of sashimi and small plates will be placed on the tray in front of you. The sushi is placed on the raised portion of the bar counter. Reach out with your chopsticks to grab it. After each course the counter is wiped down. At the end of the meal you’re asked if you would like any repeats. Hot macha marks the end of the meal. It’s really that simple. Eat, appreciate and leave.

This modern izakaya is hidden in one of Shibuya’s lanes, which isn’t easy to find. Not unless you have google maps or the address in Japanese for the taxi driver. Once in the area, it’s its vibrant exterior is hard to miss — bright stickers and drawings of fish and food under a red canopy. The staff greet you like long lost friends, which is an amazing start to a fun evening.

The menu is extensive, and I highly recommend going for one of the set meals. At the time of booking, you need to let them know if you prefer à la carte instead. Apart from fish, they also have chicken, pork, beef and vegetarian options. All excellent, but I would most certainly stress on trying the seafood. The restaurant promises that the fish is sourced “directly from the sea by the owner, who has private purchase route”.

It describes its food as “a fusion of Asian and Western”, however, there is only a slight hint of the later. If your group has ordered the same seafood set menu, you’re most likely to be served an artistically laid out plate of sashimi. The colours are unbelievable, yet all natural.

Food apart, this place is definitely “Instagramable”. You’ll know instantly on your arrival. Since you’re here, visit the bathroom too because the signage is hilarious!

It’s spilling with people in high spirits, and I mean this literally. They have a big window up front with high chairs placed outside, facing indoors, when the weather is favourable. Inside, there is a mix of seats by the bar and izakaya-style seating for groups. It’s a tight space with little room to manoeuvre between the diners. If you don’t have a booking, be prepared to wait in line for a while. Before entering, you’re asked to leave your footwear at the door.

The menu holds a good selection of skewered chicken, red meat, seafood and vegetarian dishes, apart from other dishes. These are small plates, so if in a group, order more than one serving per dish. Definitely try the selections of the day — they’re the chef’s innovations and a wonderful burst of flavours.

Despite being crowded, the servers patiently explain the menu to you and recommend how much you need. The lively atmosphere catches up with you soon enough, and more after a few helping of sake.

A casual ramen chain restaurant where you don’t need a reservation. The line moves fast with an average wait time of about 15 minutes during peak hours. It’s quick service with a simple menu where you choose your meat, broth and level of spiciness.

The creamy broth is made from pork, chicken or vegetable stock and is heavy. They have vegan options too. Expect to be stuffed with just one bowl, leaving you with little room for the sides. Nonetheless, the gyozas are a must-have that melt in your mouth. I am Neha Gupta Kapoor Take it Easy in Maldives 5 Dishes the foodie must eat in Madurai 10 Sunday Brunches in Bangalore You Simply Must Try Staying, Eating and Everything to do around Olaulim Backyards, Goa